12 Top Free Things To Do in Valencia

Valencia has a lot to offer the budget traveler, with lower costs than Barcelona and Madrid and plenty of free things to do.

Valencia, Spain’s third-largest city, is a great place to visit if you’re on a budget. Dining out, lodging, and transportation are all substantially less expensive than in Barcelona and Madrid, and there are numerous free activities.

You’ll discover some of Spain’s top activities in the city, from the more apparent parks and beaches to spectacular Unesco World Heritage sites and fascinating museums. Here’s how to have a good time in Valencia on a budget.

Relax on the beach 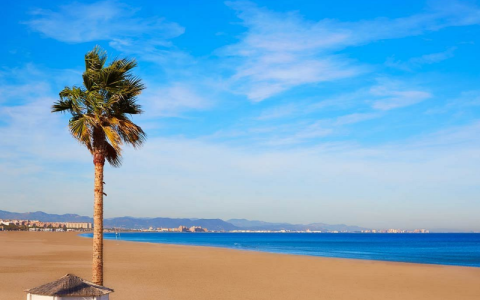 Because Valencia is a coastline city, one of the best free summer activities is to go to the beach.

The large Playa de las Arenas and Playa de la Malvarossa, both of which are so big that you’ll nearly always be able to find a spot to spread your towel, are the two beaches nearest to the city center. There are also complimentary amenities such as restrooms and outdoor showers.

The tranquil shallow waters, lined with shady trees and carpeted in golden sand, are great for families. Playa de Gandia, a beautiful stretch of soft pink sand connected to the south by train, is one of the most excellent beaches in and around Valencia. 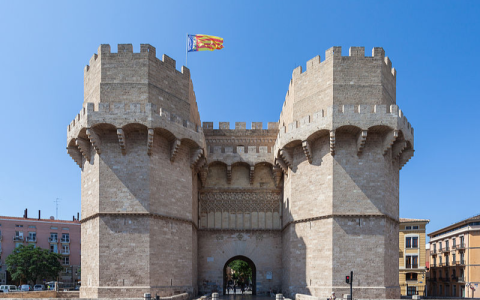 The majestic Torres Serranos, built in the 14th century and previously served as the primary exit to Barcelona and the north, today provide spectacular views of the ancient area of the Barrio del Carmen.

The majestic Torres de Quart, on the other hand, was constructed in the 15th century and faced west toward Madrid, with views of the new city and the Turia Gardens. Both are free to climb; the rest of the week, they cost €2. 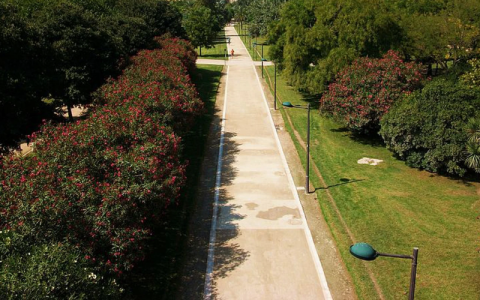 The gardens, made up of grassy meadows, parks, ponds, and pathways, are great for exploring, exercising, playing, and picnicking. They twist and turn from the Valencia Bioparc in the west to the Ciudad de las Artes y Ciencias in the east.

If you have children, pay a visit to Gulliver’s playground, one of the city’s more eccentric attractions.

Little ones can clamber all over a large model of Gulliver, complete with ropes and slides and other inventive twists on the character’s experiences in Lilliput, inspired by the book Gulliver’s Travels.

Wander around the Mercado Central 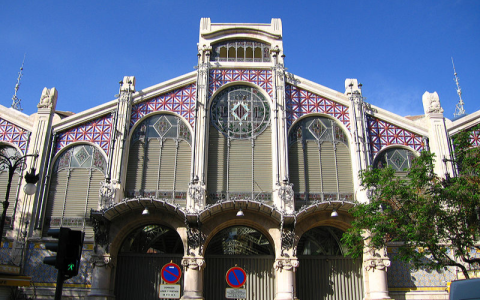 Valencia’s big covered market is as much about beauty and architecture as it is about food and flavors. The Modernista tower, built-in 1928, features a spectacular ornate stained-glass front and an impressive central dome painted with oranges.

There are around 250 stalls inside with fresh items ranging from seafood and cured meats to olives and cheeses. There are also several tapas bars and paella delivery services. 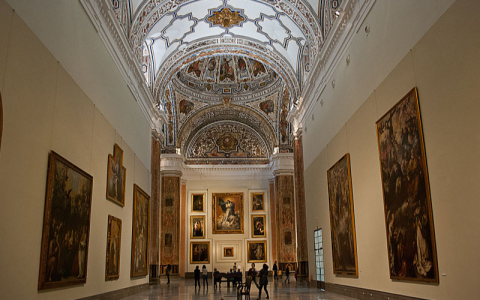 The Museo de Bellas Artes, or Fine Arts Museum, is one of the few museums in Valencia open to the public every day of the week.

It features paintings by various Spanish painters, including Goya, Velázquez, El Greco, Murillos, and Valencian painter Joaqun Sorolla, and is housed in an attractive baroque edifice.

Discover La Lonja on a Sunday

La Lonja, located just across from Mercado Central, is one of the city’s most remarkable structures. It was erected to house Valencia’s silk exchange in the late 15th century when trade was prospering in the city. It is now a Unesco World Heritage Site.

On a Sunday, explore the cathedral-like gothic interiors with twisted columns and wrought iron chandeliers and rest in the attractive garden with orange trees. 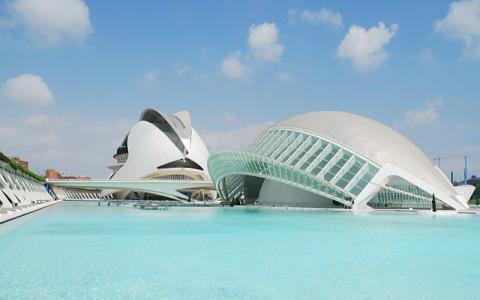 The futuristic-looking City of Arts and Sciences is Valencia’s top attraction. The city’s museums can be expensive to enter, but even if they’re out of your price range, they’re worth seeing from the outside. 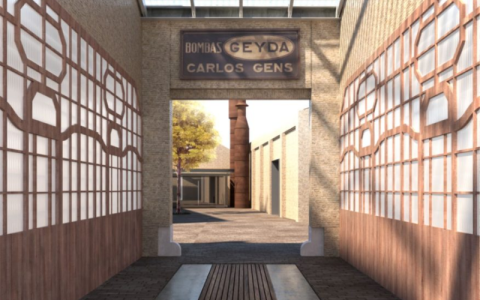 Bombas Gens is a fascinating modern art exhibition inside an abandoned hydraulic pump factory from the 1930s.

The firm even switched to manufacturing bombs during the Spanish Civil War in 1938. There’s an antique air-raid shelter and a medieval cellar within and displays ranging from photography to painting to mixed-media sculpture.

Visit the Plaza de Toros on a Sunday 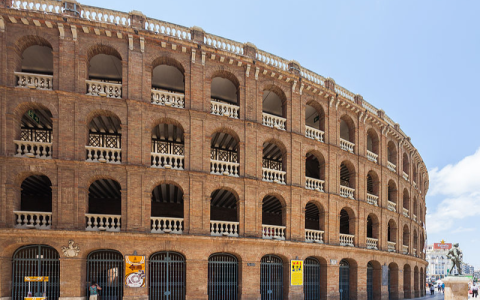 Looking for something to do on a Sunday in Valencia? The bullring and museum in the city are both free to enter.

The building is almost 170 years old resembles a more modern version of Rome’s Colosseum, albeit it now hosts more concerts and sporting events than bullfights. The museum is located within the bullring and discusses the building’s history and its current functions.

Learn about one of Spain’s best festivals 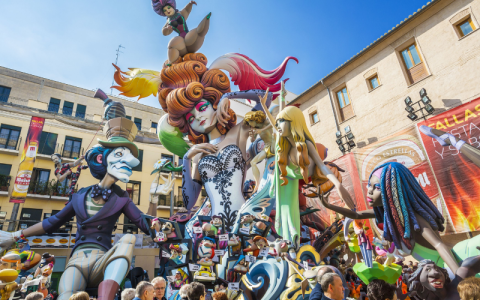 Valencia’s Las Fallas festival, which takes place in March, is one of Spain’s best and most anticipated events of the year, with papier-mâché sculptures erected throughout the city before being ceremoniously burned.

On Sundays, the Museo Fallero is free to enter and tells the tale of this strange, fiery festival. It also houses all of the ninots indultats (individual characters from falla sculptural pieces) that have been preserved from the fires over time.

Explore the Museo de Prehistoria on a weekend 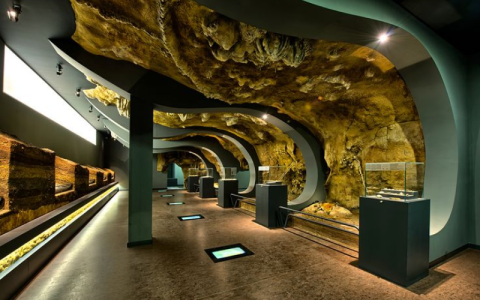 The city’s archaeology museum is free to visit on weekends, with exhibits ranging from cave art to Pre-Roman Iberian civilization.

Get granular at the Museo del Arroz 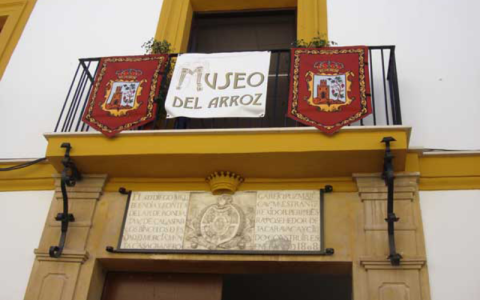 One of the more odd things to do in Valencia is to go to the Museo del Arroz, or Rice Museum, to learn more about the significant ingredient in paella.

On Sundays, the museum is free to visit and features displays on the history of rice farming in Valencia.

It’s housed in an old rice factory and has an attractive (and functional) vintage rice-sorting machine. The rest of the week, admission is only €2, making it a terrific spot to visit for people on a tight budget. 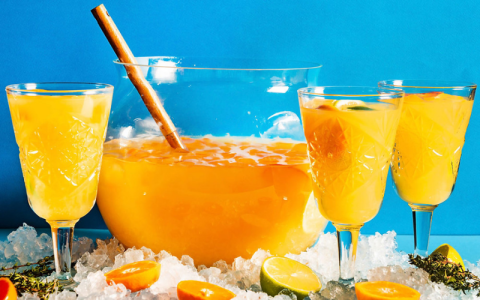 Before you order Valencia’s signature cocktail, beware: agua de Valencia may look innocent, but it packs a serious punch. Plan your trip with Lonely Planet’s guide to Valencia.

Make the most of your time in Spain with these travel suggestions being your guide. But more even, be the architect of your trip as you discover the best things to do in Spain through itineraries and handy maps.