Top 7 UNESCO World Heritage Site in the US

The United States of America is home to 24 of the 1,121 UNESCO World Heritage Sites present across the globe. True to their designation, each of these sites is a marvel to the eyes that feast upon them. While they all stand apart with their unique features, histories, and cultures, they also stand together as the pride of our nation.

Here are our top 7 UNESCO world heritage sites that you must visit the next time you are in the US!

PS: These are not arranged in any ‌order and are picked based on our curiosity alone.

So, what are we waiting for? Let’s go! 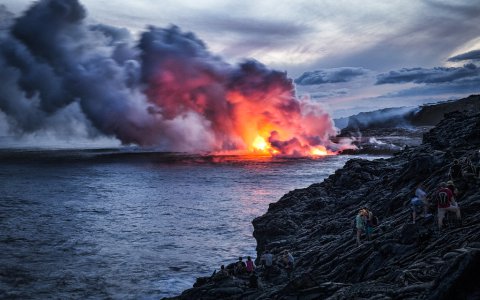 Named a UNESCO World Heritage Site in 1987, the Hawaii Volcanoes National Park plays host to the two most active volcanoes on the planet – Mauna Loa and Kilauea. Comprising around 335,000 acres of land, this park is one of the most visited tourist attractions in Hawaii.

Here, you get to watch the ever breathtaking and forever ancient process of creation and destruction of the earth. The sheer power of volcanoes to shape and re-shape the land we live in is an overwhelmingly astonishing spectacle to watch. The rare ecosystems present here, along with the innumerable unusual hiking and camping opportunities, only add to the magic of the Hawaii Volcanoes National Park. 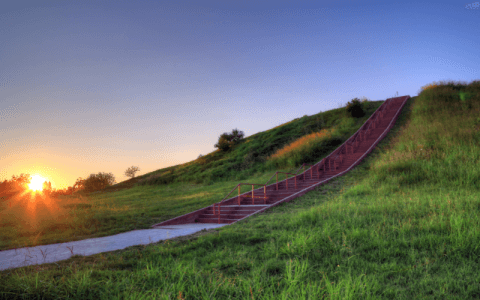 Situated on the floodplains of the Mississippi River in southwestern Illinois, the Cahokia Mounds are one of the most important archaeological sites in the United States. They also represent the largest pre-Columbian city in the U.S.

Archeologists have estimated that this city thrived between the years 1050 and 1200 CE, with the availability of natural resources and the trading opportunities provided by the Mississippi River. They also estimate that between ten and twenty thousand Native Americans lived here and had trading relations with civilizations even as far as the Gulf of Mexico.

Today, these mounds stand as a pre-eminent example of the cultural, religious, and economic core of the Mississippian culture. You can walk around the entire city and experience for yourself the magic of immersing in the past. You can even climb to the top of Monk’s Mound and bear witness to the largest prehistoric earthwork present in our country. 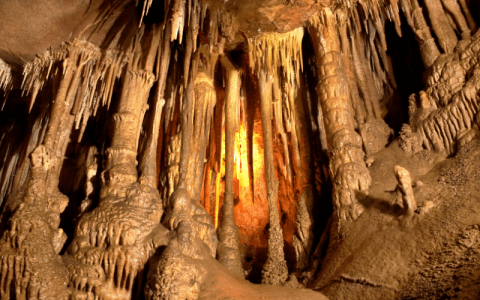 Located in Southern Kentucky, the Mammoth Cave National Park is the world’s longest known cave system, with over 400 miles explored. It is also one of the oldest tourist attractions in North America.

With the echoing sound effects throughout the caverns, this place is a must-visit for anyone curious about the world underground. During your visit, you can take a cave tour and explore the available 10 miles inside the cave. Or if you’d prefer the outer world, you could just go hiking or camping or even horseback riding. Truly, the park offers innumerable options to explore the wilderness! 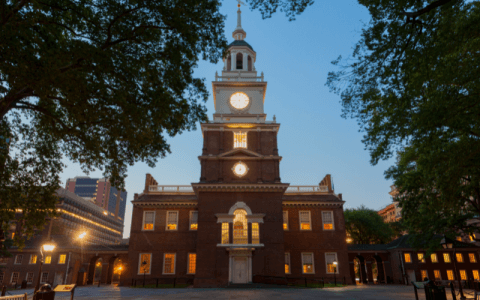 Independence Hall is the birthplace of the United States of America. It was here, in this building, that the Declaration of Independence was signed, and our Constitution was framed. The walls of this building stand tall as witnesses to the promise made to Americans.

One of the most ambitious public buildings of the time, Independence Hall, was completed in the year 1753. Its classic brick structure with a wooden steeple provides it with a historical aesthetic ambiance that none other can match! 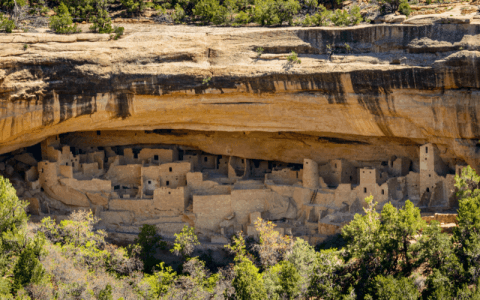 Known as one of the most exceptionally well-preserved prehistoric settlements, this site is of exceptional archaeological importance. It stands as proof of the rich heritage and perspicacity of the Ancestral Puebloan people who lived there from 600 to 1300 CE.

The park is ‌on a spectacular plateau in southwest Colorado and protects nearly 600 cliff dwellings present there. Still one of the most spectacular sites to see, the Mesa Verde National Park is a lens for anyone desiring to sneak a peek into the ancient lives of America’s first people. 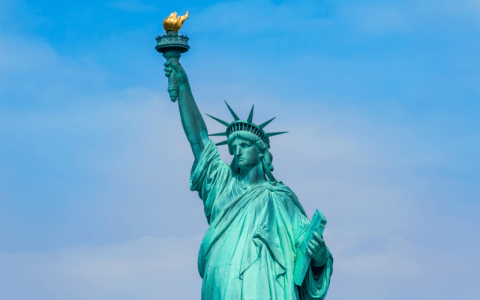 As a true testament to the Promise of America, the Statue of Liberty stands tall in the New York Harbor, in New York City. She invites hundreds of visitors every day who gasp in wonder at the personification of Equality, Liberty, and Democracy herself.

“The Statue of Liberty – enlightening the world” was given as a gift from the people of France in the year 1886. She was created by French sculptor Bartholdi, in partnership with Gustave Eiffel. Known as one of the most accomplished creations of the 19th century, she stands out for her composition and structure and is truly a sight and history to behold. 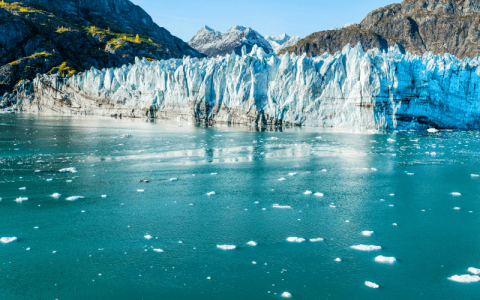 Dancing along the boundaries of Canada and the United States, this site is actually multiple sites. It is the largest non-polar icefield in the world and contains some of the world’s longest and most spectacular glaciers. From high mountains to ice fields and coastal zones, this place truly has everything.

And because of its varying biogeoclimatic zones, this site is also home to one of the greatest biodiversities on the planet. The flora and fauna here range from marine to coastal forest, to alpine tundra, and more.

These four parks extend to over 24 million acres, with limited exploration possibilities. Only a few regions of this place are accessible by vehicle. But you can take a flightseeing excursion and watch in wonder all the glaciers and the snow-capped mountains. You can even go rafting or kayaking in the water. As challenging as this site is to explore and endure, that is exactly what makes this place so worth it.

So there you go! There are your top 7 UNESCO World Heritage Sites in the US, arranged in no particular order and chosen by our love for the places alone. Be sure to add these to your bucket list and don’t forget to tell us which one you like the best!

Visit our website to read more such travel-loving, fun-filled articles as this!