Are you planning a trip to California after reading the first part of our blog?!

If yes, here are more alluring destinations to inspire your journey and add to your must-visit list. And if not, then well, here’s what you would be missing out on! 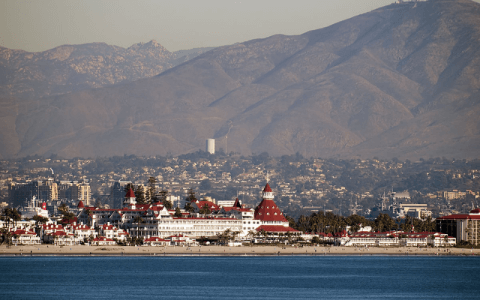 Speed across the arched bay bridge or take the ferry from San Diego to beachside Coronado for a peaceful trip back in time.

The magnificent Hotel Del Coronado soak up the late-nineteenth-century socialite ambiance, where royalty and presidents have stayed, and Marilyn Monroe cavorted in the 1950s screwball classic film Some Like It Hot.

Then ride all the way down the peninsula’s Silver Strand, stopping for ice cream and rainbow-colored cotton candy, past unbelievably white beaches that are frequently ranked among America’s best. 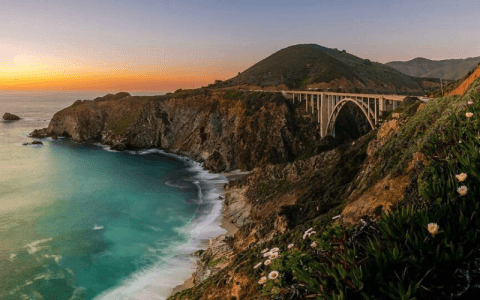 The rocky Big Sur shoreline is a secluded spot nestled against mossy, mysterious-looking redwood woods. Get to know it and discover hidden, hot springs and beaches with purple sand or enormous jade that has washed up.

Visit in May, when the waterfalls are at their most spectacular, or after the summer vacation throngs have dispersed, but the sun still shines brightly. Crane your neck to the skies to see endangered California condors soaring over the cliffs. 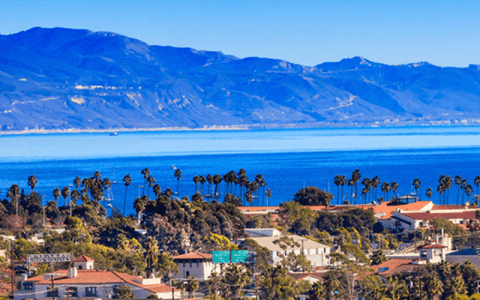 Santa Barbara dubbed the “American Riviera,” is genuinely gorgeous for a good reason. It would be a vacation cliché if it weren’t true: waving palm trees, powdered beaches, and fishing boats rattling about in the harbor.

With its trademark red-roofed, whitewashed adobe structures, California’s “Queen of the Missions” is a remarkable beauty — following a disastrous earthquake in 1925, the entire downtown was rebuilt harmoniously in Spanish Colonial Revival style. Come for a day of relaxation or a wine-soaked weekend in the countryside. 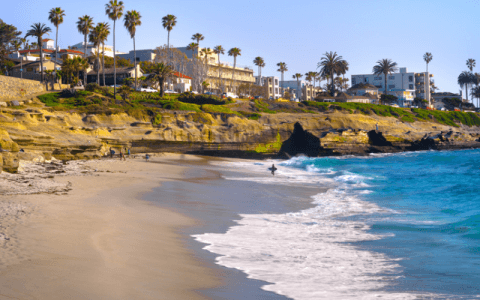 Even if you’ve never stepped foot on a surfboard – which we highly suggest – the impact of surfing on all elements of California beach life, from fashion to street slang, cannot be denied. With gnarly local waves, you won’t need to fly to Hawaii to get a taste of the action. 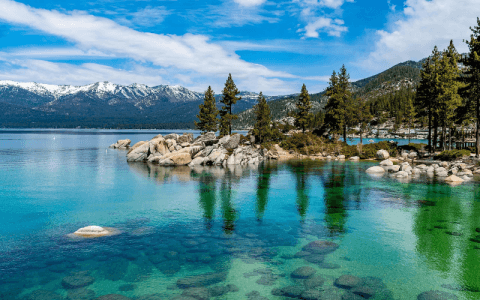 This all-seasons adventure base camp is located high in the Sierra Nevada Mountains and revolves around the United States’ second-deepest lake.

After the sun sets, retire to a lovely lakefront cottage and roast s’mores over an open fire. Gold-medal ski resorts keep downhill fans, snowboarders, and Nordic traditionalists more than satisfied when the lake transforms into a winter wonderland. There’ll never be a dull moment here. 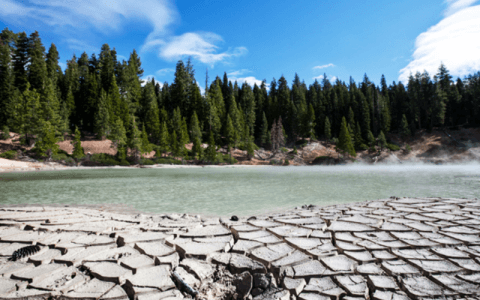 This alien landscape anchor, the southernmost link in the Cascades’ chain of volcanoes, erupts with seething mud pots, toxic sulphur vents, and steamy fumaroles, to say nothing of its multicolored cinder cones and crater lakes. This off-the-beaten-path destination may lack the throngs of other well-known national parks. Still, Lassen has peaks to tackle, blue waterways to kayak, forested campgrounds to pitch your tent, and boardwalks through Bumpass Hell that will leave you speechless.

If you want to spend a lot of time outside, the shoulder season is the greatest time to visit California because you’ll avoid the crowds and avoid the heat.

Like the cranes that dot the skyline, restaurants, nightclubs, hotels, cultural institutions, and public transportation choices have popped up, making DTLA the place to be. Enjoy the flowing stainless steel curves of Walt Disney Concert Hall, the Broad Museum’s world-class contemporary art, or the Grammy Museum’s modern music history.

Then stop for a bite to eat at the century-old yet ever-evolving Grand Central Market before exploring the Arts District, Olvera Street, and Chinatown galleries and boutiques. Survey the city lights from a rooftop bar at night; Perch, the Standard, or Spire 73 will suffice nicely. 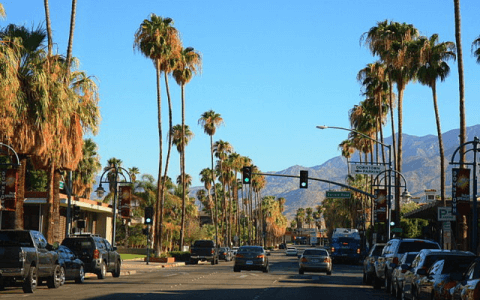 Palm Springs, a star-studded paradise in the Sonora Desert that dates back to the days of Frank Sinatra’s Rat Pack, is a sophisticated desert resort hideaway. Lounge beside your mid-century contemporary hotel’s pool, go art gallery hopping, vintage shopping, and drink cocktails from dusk until dawn, just like the stars.

Do you want to be a little less snoozy? Hike through desert gorges on Native American tribal territory or scramble to a top in the San Jacinto Mountains, accessed via a head-spinning aerial tramway. 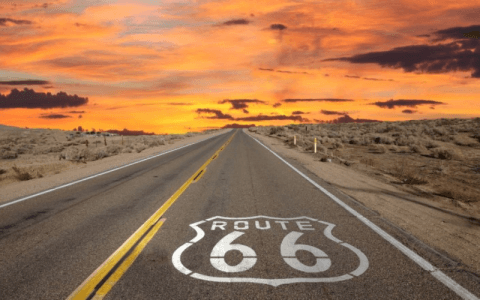 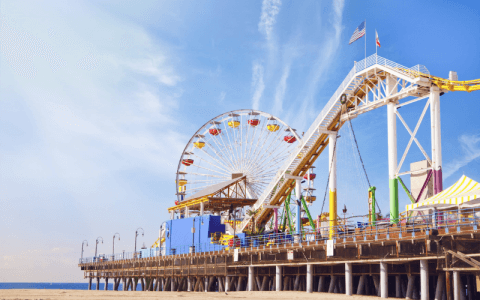 Although the Disneyland Resort is the largest theme park in Southern California, it is far from the only one. Universal Studios Hollywood combines movie mania, blockbuster-themed attractions, and the Wizarding World of Harry Potter’s magic wands and butterbeer. Six Flags Magic Mountain and Hurricane Harbor, located in northern Los Angeles County, are twin parks boasting roller coasters and water rides that will make you scream your head off.

Along with Camp Snoopy, which caters to younger thrill-seekers, Knott’s Berry Farm has some of America’s most terrifying coasters. Legoland California, located in northern San Diego County, is worth a day or two for its Lego-themed attractions and educational possibilities, as well as an entire “Miniland” of world structures made of plastic bricks. The Santa Monica Pier and San Diego’s Belmont Park amusement parks are vintage hometown throwbacks if you only have a few hours (or a few dollars) to spare. 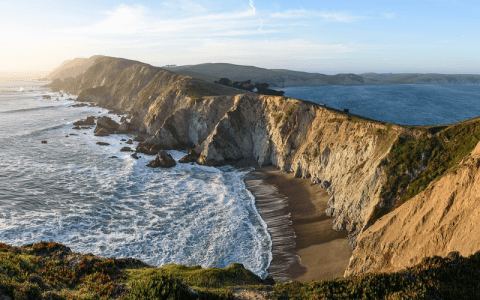 If we chose one park to represent Northern California, it would be Point Reyes. Step across the San Andreas fault, then stand by the lighthouse at what feels like the end of the earth and look for migratory whales via binoculars.

Hike among free-ranging herds of enormous tule elk or witness the noisy antics of a seasonal colony of massive elephant seals at Chimney Rock. Then take a drive to windswept beaches where the horizon extends on forever. 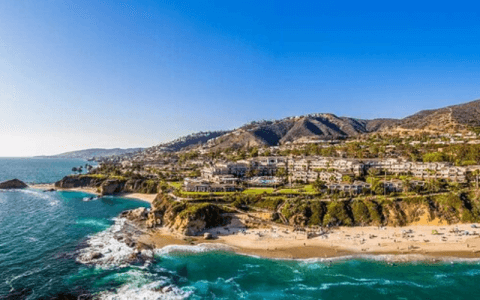 Laguna’s bohemian background is still visible in downtown art galleries, charming arts-and-crafts bungalows nestled among multimillion-dollar houses, and the yearly Festival of Arts and dramatic Pageant of the Masters. 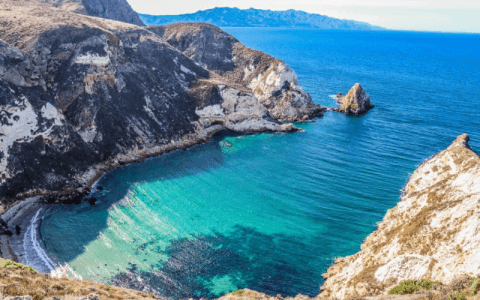 The Channel Islands are California’s final outpost of civilization, tossed off the coast like many lost pearls. Since seafaring Chumash tribespeople constructed communities on these distant cliffs thousands of years ago, they’ve remained that way.

The islands are home to many aquatic species, including coral reefs and enormous elephant seals. Return to nature in Channel Islands National Park, a wildlife paradise with excellent sea kayaking and snorkeling, or treat yourself to a fancy getaway on Catalina Island, with its harborfront hotels. 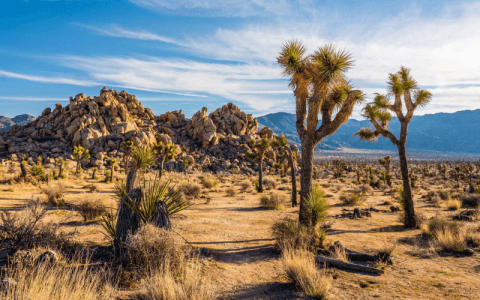 Joshua Tree National Park is formed by meeting two deserts – Colorado to the south and the Mojave to the north – northeast of Palm Springs. This 794,000-acre desert park is a haven for rock climbers, hikers, and mountain bikers, with unearthly landscapes.

The namesake Joshua trees, with splayed limbs crowned with fronds, can be found among the mountains, streams, and oases. Stay, play, and dine in funky tiny towns to the north, such as Joshua Tree, with its art and folk music scene, and Pioneertown, which was once an old west movie set and is now home to a hipster honky-tonk. 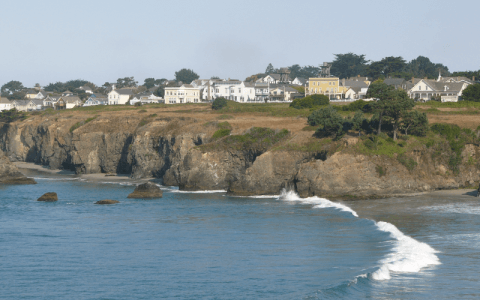 Mendocino is the dreamy salt-washed sandcastle of the North Coast. Ramble out into jagged headland cliffs or through berry brambles to restore your soul. In the summer, aromatic bursts of lavender and jasmine waft over the town’s unusual redwood water towers on fog-laden air.

The sound of churning surf is never far away, and driftwood-strewn beaches serve as powerful reminders of the sea’s might. Mendo, which began as a 19th-century port developed by New Englanders, is now home to bohemians who value art and the environment.